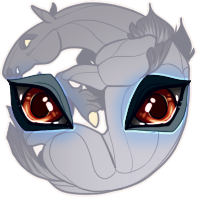 The time for Rejuvination has Begun...

The Red Star shines permanently in the sky and the ground rumbles below your Ballator’s hooves. Around The Oasis, plants crippled and trampled by battle and the Highlord’s gathering shiver as life surges through them again. Curled, charged brown leaves shudder and shake as they bloom green and fresh. The Oasis erupts into life before your Ballator’s eyes.

Next are the small animals that were similarly caught in the battle between Antares and Ares’ Hunters. Field mice, rabbits, and birds– all dead on the ground– jitter and shake and gasp as they wake up from what should have been their final slumber. The animals scatter, startled by new life and forgotten memories.

And last to rise are Ballators. Ares’ fallen Hunters who succumbed to their Star Touched brethren too quickly to endure the growths themselves rise onto unsteady hooves, standing as newborn foals. Their eyes speak of fear and confusion and if they see friend or foe among the gathered, they do not recognize them.

“CHILDREN… YOU HAVE ANOTHER CHANCE; WE ARE FORGIVING.”
Betelgeuse and Antares return from The Crypts, but with them comes another. Large and powerfully built, they stoop beneath the arch leading into The Crypts and as they settle before the gathered herds, the waterfall behind them begins to flow again, sealing the mysteries of the forgotten burial mound behind them.

No one speaks the name, but your Ballator feels it in their skull: Tyndariai, Lords of Death and Rebirth. A heavy grey body marked with strange markings is lost behind the unusual site of the conjoined heads: Life and Death together, forever, and never apart. 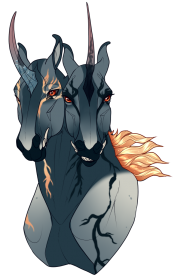 Tyndariai cocks both of their heads, addressing The Highlords, “LONG HAVE WE BEEN ASLEEP, SEALED IN HIDING. WHEN WE BALANCED YOUR RANKS WE DID NOT EXPECT YOU TO CONTINUE YOUR PETTY FIGHTS–”

Your Ballator notices the markings more now. They have seen some of them before on the old statues and mosaics here around The Oasis and in The Temple of the Three: markings and gifts from Highlords long dead and forgotten. It seems not even Gods are immune from the eternal cycle Tyndariai represents.

There is a cry from Aether’s side and Star bends to her knees, rolling onto her side. Regale bends his head to nuzzle her in concern as Tyndariai moves forward. The Ballators around them part like a sea as The Masters bend their massive heads down. The head marked with bright lines seems to win the internal struggle The Masters have and blows a gentle breath on the mare. Star calms, though her labor pains have just begun.

Tyndariai stands up fully, their heads even with Aether before them: “CHILDREN ARE NOT BORN ON SIDES AND THEY DO NOT DIE ON SIDES… WE WILL ALWAYS BE THEIR FIRST AND FINAL COMFORT SINCE YOU HAVE FAILED THIS LESSON.”

The Masters turn, their heads held higher as they look at the red and pulsing star high in the calm night sky. Antares and Betelgeuse join them, circling The Masters protectively as they stare above, lost in thought… or conversation. 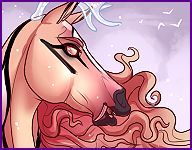 “AETHER… YOU MUST LEARN TO ACCEPT ALL LIFE AND IT’S DECISIONS. ALL BALLATORS ARE WORTHY OF LOVE AND LIFE WILL ALWAYS BE PRECIOUS. THERE HAVE BEEN FOALS BORN INTO THIS WORLD WHO DO NOT FEEL YOUR LIGHT UPON THEM– BUT THEY WILL FEEL OURS.

ARES… YOUR RIGHTEOUS FLAME VALUES STRENGTH IN THE FORM OF CRUSHING HOOVES WHEN STRENGTH TRULY COMES FROM THE HEARTS OF THOSE WHO MAY BE TOO DAMAGED TO FIGHT– BUT WHO FIGHT TO LIVE EVERY DAY. 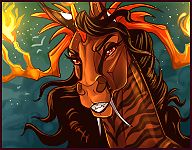 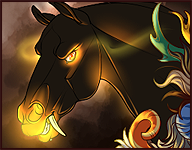 HANNIBAL… YOUR SELFISHNESS AND ATTEMPTS TO GRAB POWER ARE AN AFFRONT TO THE BALANCE IN OUR WORLD. YOUR CULTS FIGHT WITHIN AS MUCH AS THEY FIGHT THOSE OUTSIDE OF THEM. YOU AND YOUR KIND MUST LEARN A GRUDGING TOLERANCE.”

Tyndariai settles, their heads addressing the herds around them, “WE WILL ALWAYS LISTEN TO THOSE WHO FEEL UNHEARD. WE HAVE ALWAYS LISTENED. DO NOT FORGET WHO HOLDS THE HIGHER GROUND AT THE END.”

The Red Star is permanent and The Masters are revealed. As they have stated, they will always listen to those Ballators who feel unheard: unsafe crosses, those with unusual and “dead” mutations, those who are sterilized for one reason or another.

If your Ballator was Star Touched anytime during the 2021 Event, please have them visit The Twins HERE if they wish to remain so. All other Ballators will be cleansed by the Will of Tyndariai’s Light Head.

If your Ballator would like to see what other Gifts they can get from Tyndariai, they may approach them HERE and ask. But be forewarned: The Masters are together but also separate in their motivations and which head you ask for a gift may effect the outcome. Please Note that only two ballators per member are permitted to ask Tyndariai for gifts.