Found mainly in the arid deserts of the Middle East, Africa, and some parts of the Americas, Desert Ballators are hardy creatures that thrive in warm climates. The Desert Ballator is an elusive, solitary Type that will often disappear without a trace if spotted, making them quite a prized posession of some tribes or peoples from the countries in which they originate. They are incredibly fast sprinters, and often the hooves of the Desert are more splayed than some other types, allowing better distribution of body weight on shifting sand dunes.
Generally, the Desert is a wary, intelligent type with a no-nonsense attitude. 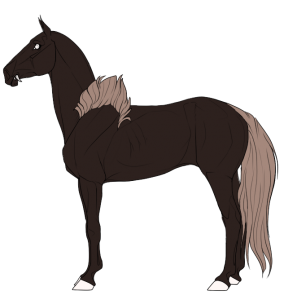 Characterized by a sleek figure, long legs, light bone, and an almost always-present ewe neck, the Desert Ballator is built for speed and endurance. They resemble the modern-day Akhal-Teke in form. Able to sprint at speeds of 55 mph on flat ground, they can hold this speed for up to 5 minutes before they begin to overheat. They will not sprint for longer that that as they will literally begin to cook their brains with the combines heat of the Desert and from their own power.

Because of the extreme heat, these Ballators only grow minimal amounts of hair while still having the trademark Ballator shoulder manes. The coat of the Desert is very thin, and Desert Ballators do not grow manes on the crests of their necks. 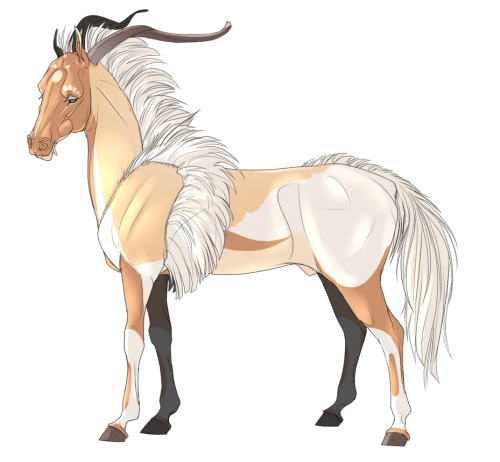 Stallion Deserts have two rows of mane that grows along the splenius muscle on either side of the neck. This mane connects to the shoulder mane, forming one long, extended mane, which then ends about halfway past the shoulder or just over the elbow. These

manes resemble a cobra’s hood when seen from the front and help the stallion appear larger. Stallions fan themselves with these manes to avoid overheating, and they also provide extra protection from the sun. Stallions will also more commonly have half-back manes, which is simply a form of sexual dimorphism.

Mares will also fan themselves with their smaller shoulder manes. Mares suffer less from overheating than stallions due to the lack of a longer, more extended and heavier neck mane.

Desert Ballators have two sets of canines, one short and one longer, sitting alongside each other in the mouth. They have carnivorous incisors and molars, as they are predominantly meat-eaters. The sclera of the Desert is unique in that it is pitch-black, as well as the pupils, and Deserts can also have very long eyelashes to protect from the sand.

Another unique feature is the ability to close their nostrils, much like a camel does,  in the event of a sandstorm.
Desert Ballator horns are often thin and long, often curving and ridged.

Deserts’ adult horns and manes will be finished growing at 7 years of age, at which they are considered adults.

Herd: Desert Ballators are solitary due to the lack of threatening predators in the areas in which they are native to. They have little need, or want, to be with other Deserts except to reproduce. Most often, a Desert will not claim it’s own territory, preferring to live a nomadic life wandering where it pleases. In captivity, it is suggested that a Desert is kept mostly alone and moved from pasture to pasture periodically in order to satisfy this need.

Feeding: Deserts prefer meat over scrubby desert plants, and their diet consists mainly of hares, rodents, snakes, gazelle and animals that find themselves succumbing to the desert heat. Able to retain water very well, Deserts do not urinate frequently and when they find water, they drink it in short spurts as to not shock a dehydrated body with so much water at once. If they are in dire need of food, they will eat sparse vegetation.

Defense:  Able to rattle, puff up, and fan their manes, Deserts are more apt to use a flight defence rather than fight. Because of their thin, light bone, the legs of the Desert are at high risk of breaking if a violent fight occurs. They will resort to roaring, growling, dominance displays and mock-charging to warn off other Ballators or predators. They will not fight for long periods of time, and often fights are just a few bites and a kick or two before one Ballator submits.

Breeding: Desert mares are notoriously wary of stallions, and thus breeding is a rare act that a female Desert may only experience a few times in her lifetime. Not only is it a rare occurrence, it is a violent, tiring one, and once a stallion sees a mare he will almost always chase, buffet, intimidate and bite her until she submits. After they mate, they part ways, often never seeing one another again. As such, Desert mares do not form the strongest of bonds with their foals. They are tough mothers and will leave a foal if it is not thriving.

Any cross except with the sub-type Steppe involving a Desert Ballator will almost assuredly end up with a dead foal or a severely deformed one. Steppe Ballators, being the Sub-type of the Desert Ballator, may be bred together; the result is usually a healthy but sterile foal.

Deserts and Steppes are the only Ballators able to possess the Oryx gene, which used to be very commonly seen on all Deserts. They also are the only types to have the Inverted Horn Mutation gene. 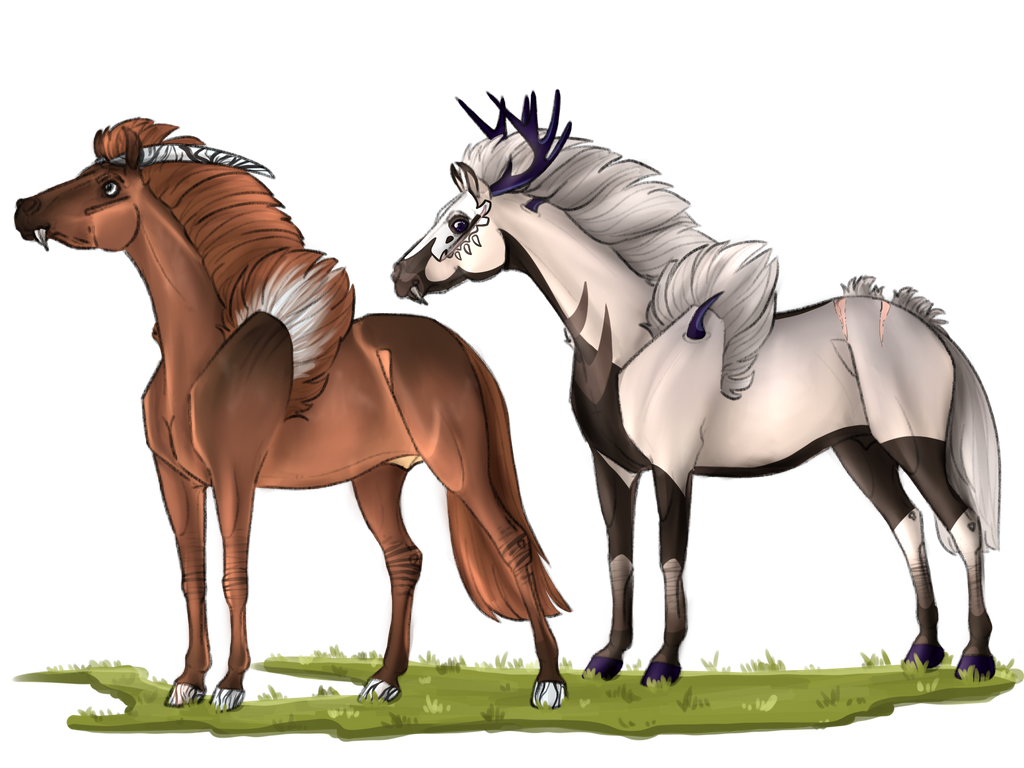