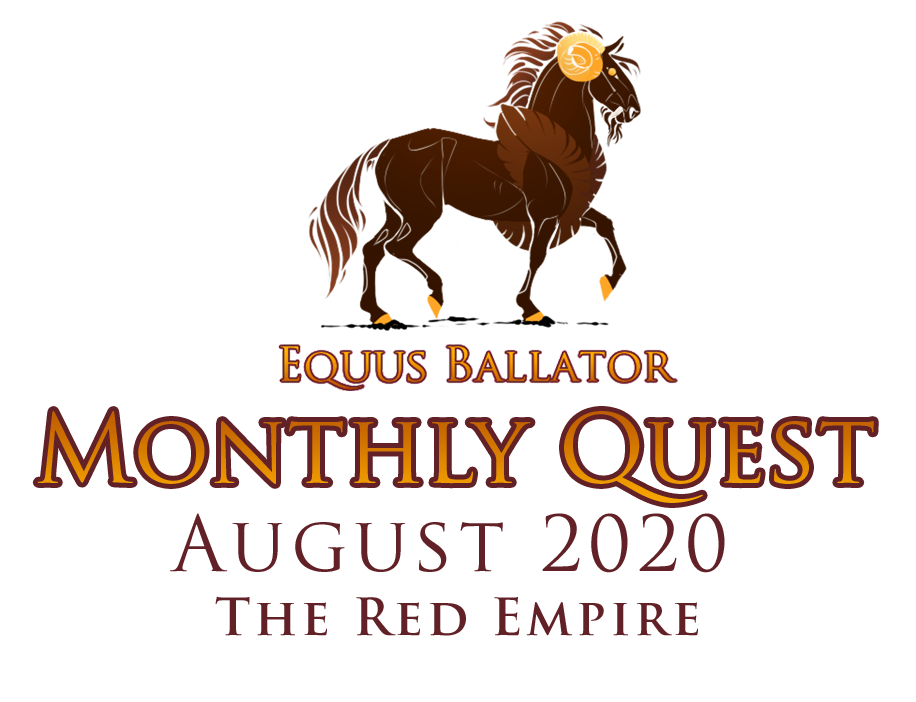 There is a noise coming from under the roar of the waterfall in Aether’s Hoofprint. It’s faint at first and none of Ares’ Hunters seem to hear it as they continue to drag the Star Touched to their funeral pyres. Your Ballator has been exploring, either witnessing The Hunters’ grim task or helping in their own way.  Your Ballator is growing used to the stench of burning bodies and the sight of the awkward red growths.

The noise is getting louder still. It sounds like screams. By the time your Ballator registers the shouts for help, the cries of pain, it is too late. One of Ares’ Hunters close by backs up in horror as the Star Touched corpse of one of their comrades writhes in agony in the flames. Around your Ballator, other Star Touched bodies are bursting back to life, each of them screaming. But the loudest shout is still coming from beneath the waterfall.

The Red Star pulses and this time it’s light does not dim, but stays bright as the cacophony of noises reaches unbearable heights.

The voices rip through your Ballator’s skull– and judging by the flattened ears against the skulls of the Ballators around them, everyone else heard the same thing. The screaming goes silent as the Star Touched rise to their hooves. The waterfall runs red and from beneath its waters comes a figure.

His hooves are black like his horns and the Star Touched growths decorate  his face and shoulders. As the light of the Red Star slowly dims, the Ballator opens his eyes; one eye glows a bright red, pulsing slowly in time with The Star. He surveys the scene before him with a grim demeanor before fixing his eyes on your Ballator…

Fight: Fueled by the strength of Ares’ Hunters at your Ballator’s side, they lower their head in challenge to Antares. The Troubadour regards them coolly, his red eye casting an eerie glow on half of his greyed face.
‘Destroy him, my champions!’
Ares’ order is loud and clear in your Ballator’s mind and they snort a warning at Antares. The Troubadour flicks one ear to the side and a voice as cold as death rumbles from deep in his chest.
“All who worship the False Gods will fall at the hooves of My Masters. Look at how they send you as pawns to fuel my army… pathetic. Your Gods are cowards.”
The Star Touched, once standing silent now turn, to face off against Ares’ Hunters. Ghouls, also touched with the eerie red growths, claw their way out of the ground. As one unit, Antares’ army collides with Ares’ Hunters, slowly pushing them back from the waterfall and the Crypts below.

– If your Ballator has a Ghoul Companion Equipped, it runs the risk of becoming infected and this route is not recommended– though it may get interesting.
– Draw or Write your Ballator aiding Ares’ Hunters in their skirmish against Antares and his army. Antares’ design can be found HERE.
– There is a 7 stat minimum for this prompt.

Flight: Slipping away unnoticed is a talent; after all, your Ballator doesn’t have a death wish– even a Star Touched one. Your Ballator is quick to dodge the ghouls coming out of the ground to aide Antares’ forces and makes it out of the sunken oasis of Aether’s Hoofprint. As they climb up into The Charred Plains proper, they are met with an odd sight.
A greying mare with soft pink horns stands beside Highlord Aether. The Highlord is too focused on the battle below to acknowledge your Ballator, but they take a moment to study his sunken eyes, dim coat, and the glowing red star between his glass horns. The mare seems amicable enough, though a little skittish. Your Ballator notices that she seems to be with foal and writes it off as maternal panic.
Its unusual to see a Ballator that is not Regale by Aether’s side. Your Ballator smiles weakly at the mare and she returns it before turning and nosing Aether gently. As she turns her head, your Ballator notices the faint gold of a Cosmic Crown and how one of her eyes is a doe brown instead of the pink of her horns.
“My Lord?”
Her voice is high, like a baby bird. Aether looks at her sadly before noticing your Ballator. He opens his mouth to speak when, exploding out of the Oasis below comes a winged figure, too fast to make out. On the ground below it, several of the Star Touched take chase.
“We must speak to Hannibal before Antares’ army finds him. Star, please take our friend here with you as protection.”

– Draw or Write your Ballator following the Winged Creature across The Charred Plains. What do they think the creature could be & how do they feel about this mare? Starcrossed’s Design can be found HERE; Starcrossed must be featured in the prompt.
– There is a 7 stat minimum for this prompt.

– Prompts must be separate entries.
– Prompts must still be submitted to the DeviantART Group.
– Prompts will not count for Regale’s Quests or Wild Ballator entries.
– Anthros are not allowed for these prompts.
– Prompts for this month can be completed as many times as desired, but you will only gain prizes for the first attempt.
– Stat grids will not be accepted as entries. Comics will accepted as entries so long as only one prompt is depicted per comic, only horses relevant to the prompt are shown, and the stats do not exceed 20. (Reminder: Companion bonuses will not apply to comics as they are counted by stat grid guidelines!)
– Entries must contain the Ballators pictured and the prompt completed in this format:
Horse(s) Pictured: (Link to Refs)
Prompt(s) Shown: (Please link back to the Monthly Quest Page & Specify Prompt)
Stat Breakdown:
–
–
Stat Total: