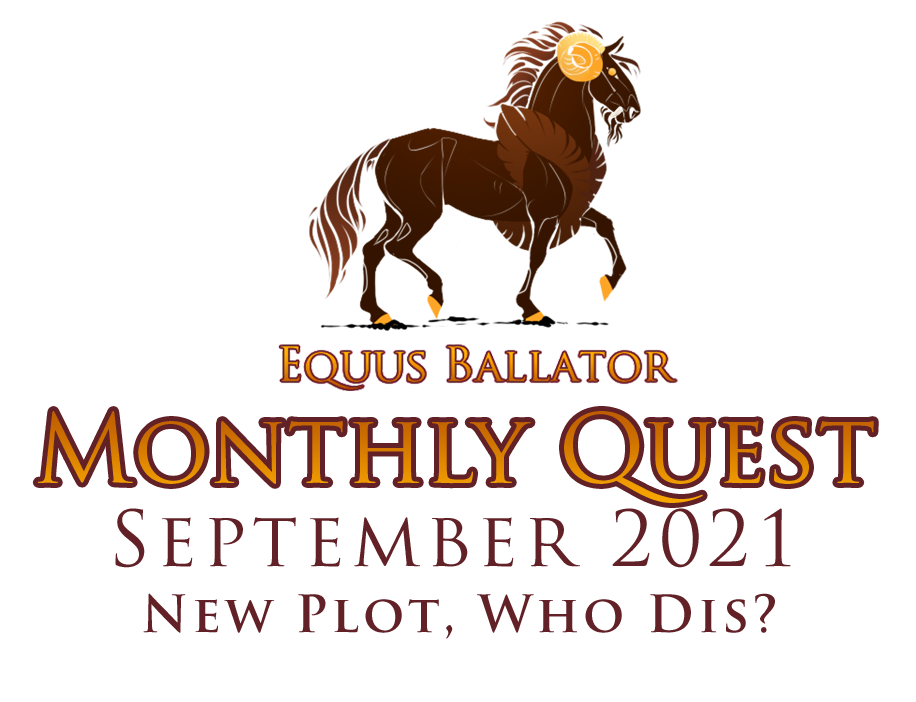 The Equus Ballator Group is still on hiatus! But, while we wait, lets have a little bit of fun, shall we?
Each month there will be one Rejuvenation prompt that is silly and just for fun while we all relax. There will also be a Tales from The Charred Plains prompt that will tie in the lore to future game chapters. Both prompts are optional. 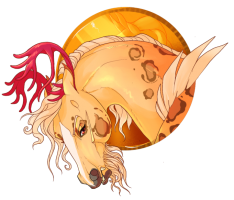 Rejuvenation: Sometimes its fun to image you’re in a different place, be it Regale’s Glade, Hannibal’s Pit, or maybe even the Equus Ballator Society Stables. If your Ballator had to convince someone to go to one, single Ballator Lore Location, which one would they choose?

– Draw or Write your Ballator’s advertisement for one of the Notable Location’s mentioned in the lore linked above. You can write a travel blog, illustrate a travel poster, etc.
– There is a 5 stat minimum for this prompt.

Tales from The Charred Plains: Your Ballator sure wishes they could find something useful out on The Plains… but ash, dust, and monsters aren’t the sort of useful that they’re looking for. What they would really like would be a nice salt lick, or some fresh water that wouldn’t poison them. But finding something relaxing in the dead zone is like finding a needle in a haystack.

Almost like a mirage, a strange shape appears on the horizon. Wary of strange things in a strange land– and leery of strangers after the last encounter– your Ballator approaches it to find a cart very similar to Puck’s Troubadour Trinkets one. Pulling the cart and humming a jaunty tune to himself is a golden Forest Ballator.

“You look like you could use a pick me up,” he says with a smile, and your Ballator decides that he seems pleasant enough. Somehow, the stallion unhooks himself and searches around the cart before presenting your Ballator with a perfect, juicy Heart Steak. It’s a long way off from February, where your Ballator might expect this, but it looks too good to pass up. Grateful, your Ballator takes the steak and starts to eat. Before they’ve taken more than a couple of bites, the stallion sweetly says: “That will be 5,000 Denarii. It’s rare, after all…”

– Draw or Write your Ballator’s reaction to Dr. Terminus, the dubious salesman of The Charred Plains.
– There is a 7 stat minimum for this prompt.

– Prompts must be separate entries.
– Prompts must still be submitted to the DeviantART Group.
– Prompts will not count for Regale’s Quests or Wild Ballator entries.
– Anthros are not allowed for the Tales from The Charred Plains prompts, but are allowed in any Rejuvenation prompt.
– Prompts for this month can be completed as many times as desired, but you will only gain prizes for the first attempt.
– Stat grids will not be accepted as entries. Comics will accepted as entries so long as only one prompt is depicted per comic, only horses relevant to the prompt are shown, and the stats do not exceed 20. (Reminder: Companion bonuses will not apply to comics as they are counted by stat grid guidelines!)
– Entries must contain the Ballators pictured and the prompt completed in this format:
Horse(s) Pictured: (Link to Refs)
Prompt(s) Shown: (Please link back to the Monthly Quest Page & Specify Prompt)
Stat Breakdown:
–
–
Stat Total: