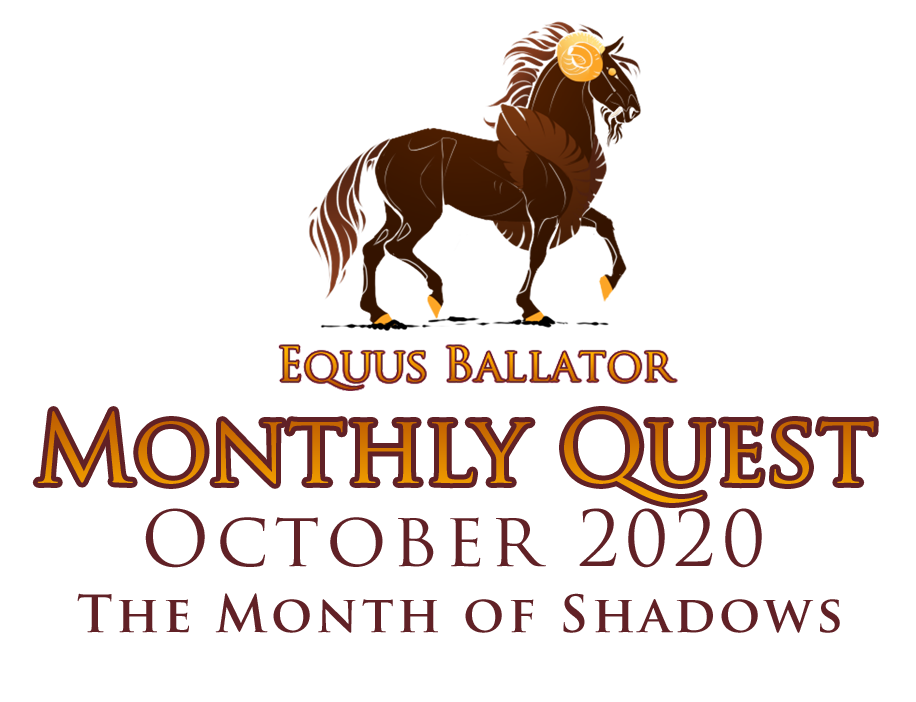 For those left locked in battle with Antares, the cause seems worthless. No matter what is done, the troubadour’s army pushes on. It seems as though, even now, that live Ballators are now growing the eerie star touched growths. Your Ballator, having stayed behind, is watching its comrades slowly become consumed, their visages changing.

The Troubadour, Antares, seems impatient. With a sneer, his eyes travel from The Red Star above to something far off in the distance. His glowing eye pulses and his expression sours further.

Placing a hoof in the shadow of a crumbling statue, Antares seems to slip into darkness with a flick of his tail and disappear. His army, as one, turns to face east. As one of the survivors, your Ballator decides to follow them at a short distance– though it hardly matters; the army is now only concerned about the march and nothing else.

It seems like hours when they come upon a dark and tangled forest. The army stalls at its edge and your Ballator witnesses a mare with pale pink horns slip into the woods. A voice whispers in your Ballator’s head: ‘Follow Starcrossed… let no harm come to her…’ 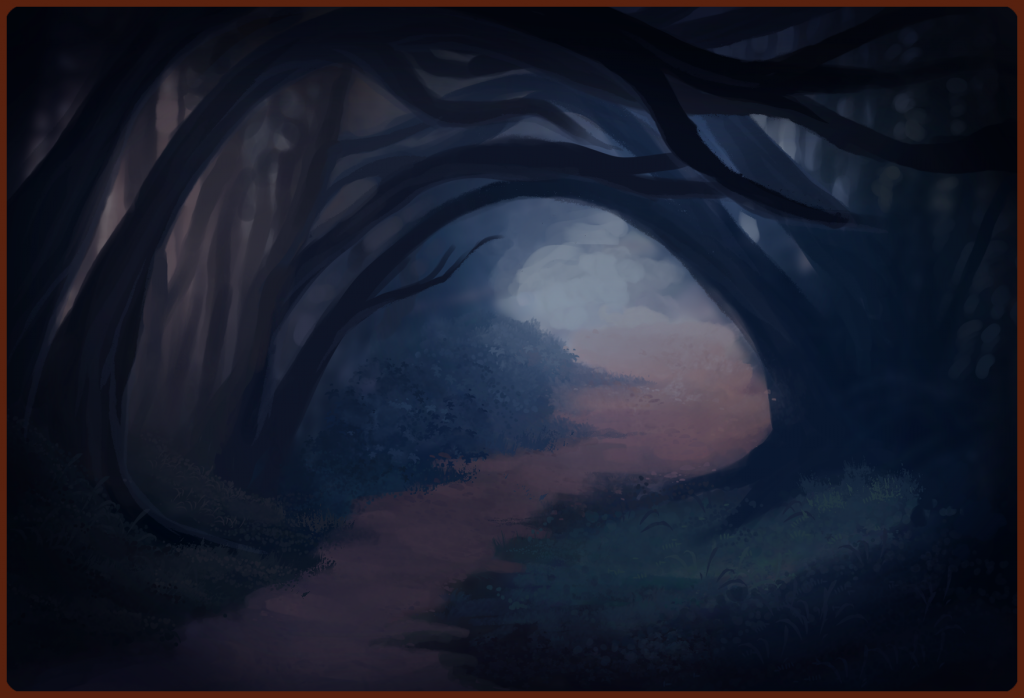 For those Ballators who accompanied Star… Far in the distance behind the gnarled and grasping limbs and roots of The Deadwoods is Orodrune- The Pit. Hannibal’s homestead. Star turns to your Ballator with raised brows, her mismatched eyes flashing in confusion.

“Well… I suppose we have to get through this forest first. Aether didn’t mention a forest to me, but this must be the way!”

She smiles reassuringly, though it doesn’t quite reach her eyes. It’s only a little unnerving that the pleasant mare is also uneasy right now. Star puts a tentative hoof forward when something large wooshes over her and your Ballator and lands in the dense undergrowth within.
A thick fog curls out of The Deadwoods, feeling cold and clammy against your Ballator’s skin as they follow Star.
“We better not get separated!” she calls out behind her, “I don’t think it would go so well!”

But, already, Star’s rotund figure is swallowed up by the fog and shadows.

Call Out or Keep Walking: Your Ballator is faced with a decision: to cry out for Star and see if she responds or keep on walking and hope they stumble upon her. The Deadwoods are dense and littered with coiling roots and the sounds of creatures large and small can be heard all around.
Uncertain at first, your Ballator has to act quickly– both options might be perilous in their own way, but there’s only one way to find out!

– Draw or write your Ballator’s decision: did they call out for Star to get her attention, or did they keep walking on their own?
– There is a 7 stat minimum for this prompt.

– Prompts must be separate entries.
– Prompts must still be submitted to the DeviantART Group– You will NOT receive the Password to go forward if your entry is not accepted.
– Prompts will not count for Regale’s Quests or Wild Ballator entries.
– Anthros are not allowed for these prompts.
– Prompts for this month can be completed as many times as desired, but you will only gain prizes for the first attempt.
– Stat grids will not be accepted as entries. Comics will accepted as entries so long as only one prompt is depicted per comic, only horses relevant to the prompt are shown, and the stats do not exceed 20. (Reminder: Companion bonuses will not apply to comics as they are counted by stat grid guidelines!)
– Entries must contain the Ballators pictured and the prompt completed in this format:
Horse(s) Pictured: (Link to Refs)
Prompt(s) Shown: (Please link back to the Monthly Quest Page & Specify Prompt)
Stat Breakdown:
–
–
Stat Total:

Your Ballator must make a choice if they would like to continue forward. This month, there are not specific prizes for this or that prompt, but several prize possibilities based on where your Ballator may go and what they may do. After you have submitted your base Monthly Quest to the group, the admin that accepts your prompt will give you the password for the next prompt.

For starting your journey, you receive 1x Red Star Pendant. This item must be redeemed via The Denarii Hub upon completion and group acceptance of your first MQ entry.

Some prompts may lead you astray! Pick carefully!